The tour continues in 2012, the whining never stops….

Well now that Phish summer tour dates have arrived we see that they rightfully will be playing a plethora of shows on the east coast. Problem is not only do we have the annual summer tour, we also have the endless annual whining of the left coast fans. Seems nothing is ever good enough for the left. Always preaching about diversity and equality of more shows spread throughout the country only to still complain when they get their Colorado, California, and Washington dates. No this just isn’t good enough for the west coast. Nothing ever is. They always want more. Always looking for more handouts from phish with very little effort to show for it in return. Go get a real job and go on a real run on the east coast. 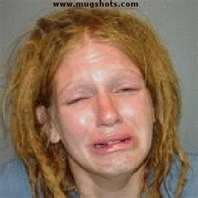 Meanwhile phish should be congratulated for displaying the courage to reward the hardworking right coast fans. The conservative schedule throughout the east stays true to their ideals allowing the real dedicated fans to show up. Why should the east coast lose out on show dates when this fan base has continually come out to support a group throughout the years going back to the beginnings? Phish needs to close its borders and keep tickets at home on the east coast. We need to reduce big touring and wasteful spending. The east coast is where true fans belong and
where phish needs to stay. So while the west coast will be crying in their heady beers this summer the east coast will rage on as always.

This site uses Akismet to reduce spam. Learn how your comment data is processed.